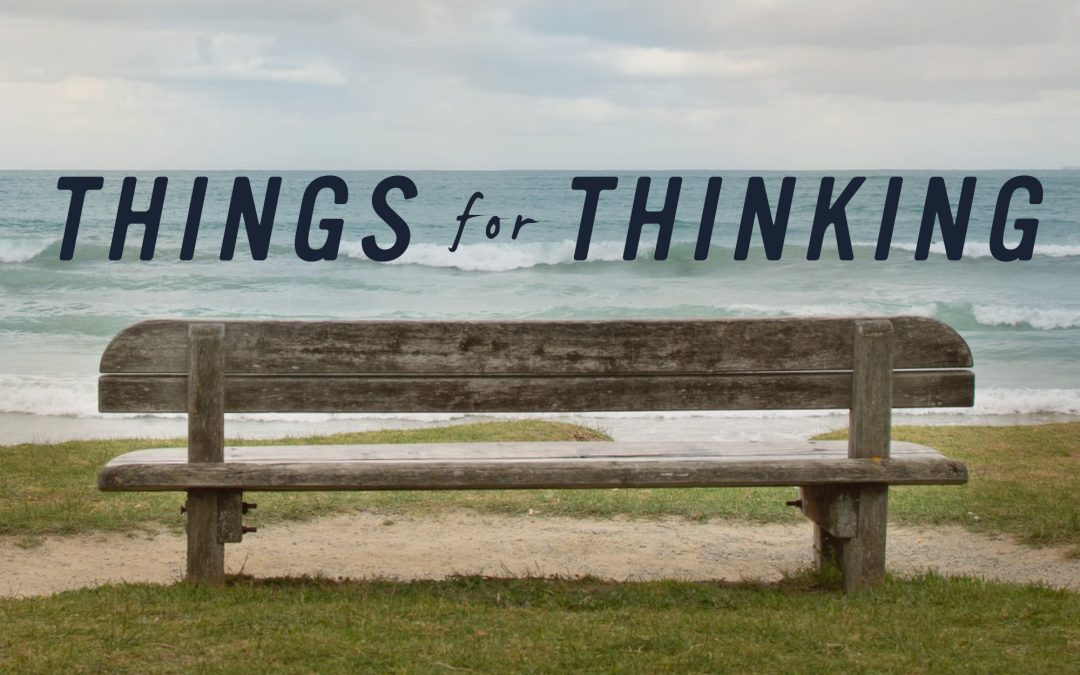 And here are a few things worth taking the time to think about:

(Video) There’s nothing more relevant than the whole issue of God. Either God exists or He doesn’t. And both of those options have massive, massive ramifications and relevance for all of us. Is there a purpose to life? Is there a value on human beings? Is there meaning in my suffeirng? Is there hope beyond the grave? The existence of God is key to all of these questions. So, everyone of us should think about this whole issue of is there a God, what’s He like, and how can I know Him?

(Read) If you haven’t thought about the temptations of smartphones before, then you should read this.”The essence of Satan’s temptation to Eve was the idea that she could be like God … Ever since, humanity has been constantly tempted to pursue god-like knowledge and power, but on our own terms. The personal smartphone—epitomized in Apple’s iconic iPhone—comes as close as anything in human history to approximating god-like knowledge and power. Even the name, smart-phone speaks to its claim on superior knowledge. The promise it makes to users sounds awfully close to the temptation that sucked in Eve.”

The Christian and Cancel Culture

(Read) ‘The celebrated “tolerance” of our world is quickly evaporating. Diversity of appearance is welcome, but not diversity of opinion, especially if that opinion is based upon the truth of God’s Word. Incredibly, as God Himself is being cancelled, He still offers Himself in grace as the only hope for sin-sick souls. Let’s make sure we represent Him well, even if we do get cancelled.’

(Read) This article takes a look at the recent BBC series “A Perfect Planet” from a biblical perspective. For example, “Mankind’s actions have changed this earth, but God’s actions are bringing and will bring restoration.”

This website uses cookies to improve your experience while you navigate through the website. Out of these, the cookies that are categorized as necessary are stored on your browser as they are essential for the working of basic functionalities of the website. We also use third-party cookies that help us analyze and understand how you use this website. These cookies will be stored in your browser only with your consent. You also have the option to opt-out of these cookies. But opting out of some of these cookies may affect your browsing experience.
Necessary Always Enabled
Necessary cookies are absolutely essential for the website to function properly. This category only includes cookies that ensures basic functionalities and security features of the website. These cookies do not store any personal information.
Non-necessary
Any cookies that may not be particularly necessary for the website to function and is used specifically to collect user personal data via analytics, ads, other embedded contents are termed as non-necessary cookies. It is mandatory to procure user consent prior to running these cookies on your website.
SAVE & ACCEPT